You are here: HomenextChapels and churchesnextCumberlandnextMillom, Welsh Methodist Chapel, Cumberland 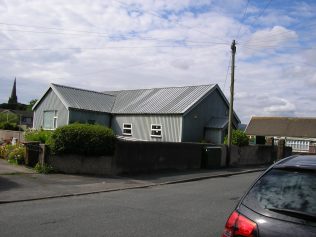 In 1900 this building was described on the OS map as a temperance hall. By 1920 it was described as “Meth Chapel”. According to the staff at the museum it was used by Welsh mineworkers. It is now used as a pensioners club.