You are here: HomenextChapels and churchesnextLeicestershirenextQuorn, Wesley Chapel, School Lane 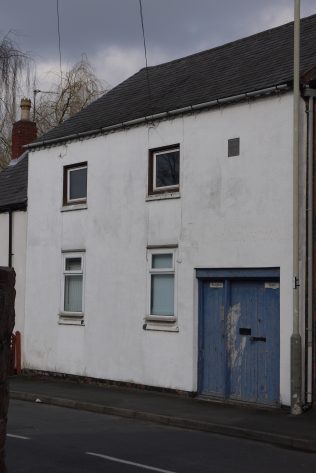 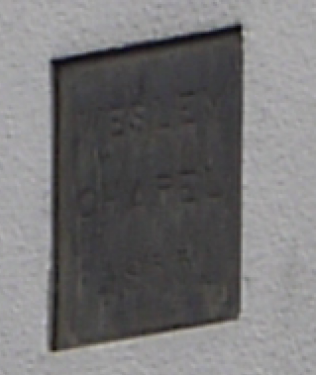 Wesley Chapel was built in 1855 for the Wesley Reformers, and is now a house, 7 School Lane. The only indication that it was ever a chapel is the plaque over the entrance, as shown in the photographs. It replaced an earlier chapel in Meeting Street, which is descibed in the article by G. Oxley.

Two years later half the Wesley Reformers joined with the Wesleyan Methodist Association, another group who had split from the Wesleyans, to form the United Methodist Free Churches (UMFC).  The other half continued as the Wesleyan Reform Union. Being a short lived movement, the Wesley Reformers left behind few records so we have to work harder to follow the story of Wesley Chapel. In 1867 the chapel appears in A List of places of meeting for public religious worship as a Reform Methodist chapel, and a trade directory published in 1870 refers to the Reform Methodists having a chapel in Quorndon, but on 11th September 1875, the Leicester Chronicle reported that the UMFC chapel in Quorndon had been re-opened following redecoration. A UMFC minister from the Loughborough Circuit, Rev. Tubal Casely preached two sermons that went down well, as did the tea meeting held in Mr Bate’s barn the following day.

The UMFC Loughborough Circuit plan for the first quarter of 1878 shows that the Circuit comprised of chapels in Loughborough, Mountsorrel, Quorndon, Hathern, Charley, Kegworth, Sutton and the Iveshead Mission. Tubal Casely was the only minister (living at 12, Freehold Street Loughborough). In Quorndon the services were at 2.30 pm and 6.00 pm on a Sunday, usually taken by local preachers, with a monthly service at 7.00 pm on a Tuesday, which the minister took. Mr J. Judd was the senior steward, and a Mr H. Ford from Quorndon was on trial as a Local Preacher. This was probably Henry Ford, who was 20 at the time, and who moved to Leicester shortly afterwards.

Unlike other denominations, the Free Methodists were not always noticed by the compilers of trade directories, but we get a series of glimpses during the 1890s. They still met at 2.30pm and 6pm on a Sunday, and their Steward was still Mr John Judd, who was a gardener by trade, and lived in High Street, until his death in 1899. The last entry in the register of baptisms, deposited in the county record office, is dated 1900. The United Methodist Free Churches merged with two other Methodist denominations to form the United Methodist Church in 1907, and trade directories published in 1908, 1912, 1916 and 1925 mention a United Methodist chapel. In 1928 the only Methodist chapel in the village is the Wesleyan one, which suggests that this cause closed in the mid 1920’s. This has been confirmed by G. Oxley who quotes the opinion of the minister in 1924 in his own article.

Unlike the other chapels in Quorn, Wesley Chapel was never recorded by the Ordnance Survey, but the grid reference of the building is SK 565164