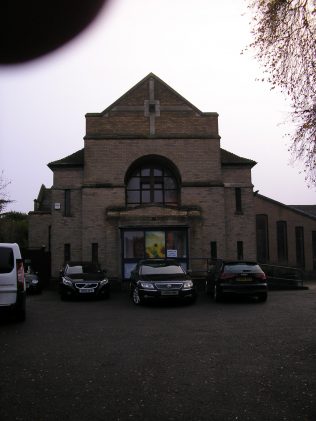 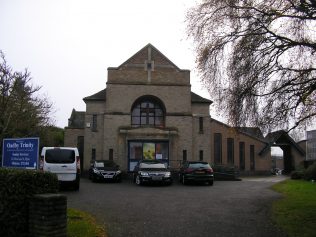 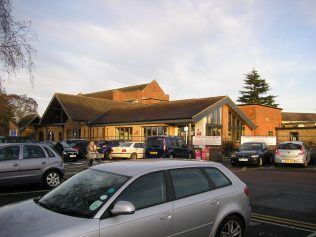 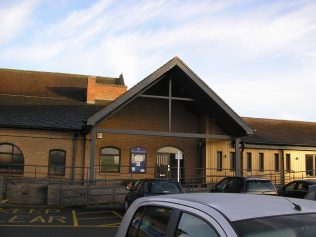 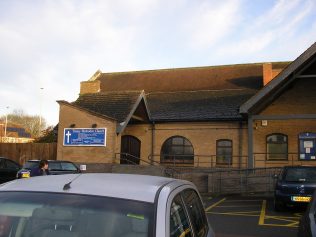 Oadby, Harborough Road United Methodist Chapel was built in 1930-31 to replace an earlier building at the Sandhurst Street/Leicester Road junction whose site was taken for works associated with the construction of Harborough Road. The architects were Baines, Provis & Co of 22 Frear Lane, Leicester. A wide central entrance led into a small vestibule and then into the chapel. The first section of the chapel consisted of two bays and measured 20 feet by 30 feet and the second was of three bays and measured 30 feet by 30 feet. Opposite the entrance was a platform flanked by vestries for the choir and clergy. The heating chamber was beneath the choir vestry and the organ in a recess behind the platform and above a corridor connecting the two vestries
Behind the chapel was a hall, 40 feet by 29 feet, with a stage at one end. On the south side there was a n entrance leading to a vestibule giving access to ladies’ cloaks and toilets (one bay each) and a classroom of four bays. On the north side were corresponding facilities for men, another classroom and a kitchen.
In 1940 the chapel was said to seat 300 persons in pews (except for the choir which had chairs). There were two schoolrooms (56 feet by 29 feet and 39 feet by 16 feet), two vestries, a kitchen, a classroom, cloakrooms etc., and two vestibules. There was also an army hut (brought from the Leicester Road site) and used by the scouts. A large extension facing into the shoppers’ carpark has been added in recent years. Its open, welcoming, appearance contrasts markedly with the somewhat austere façade of the chapel itself The chapel continues to be used as a Methodist place of worship