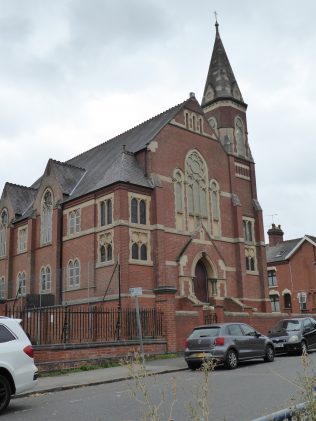 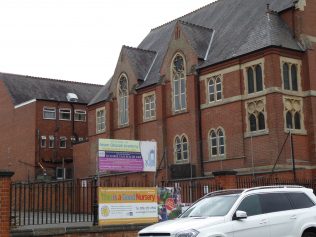 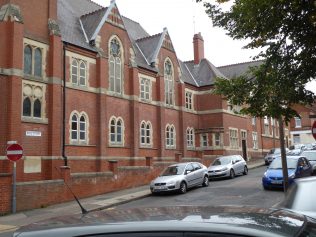 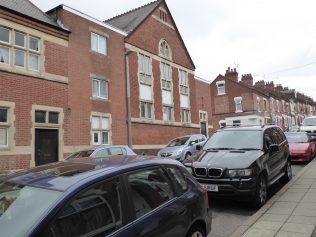 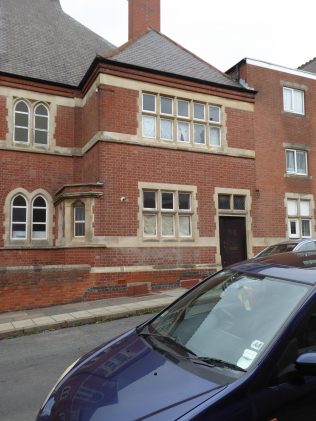 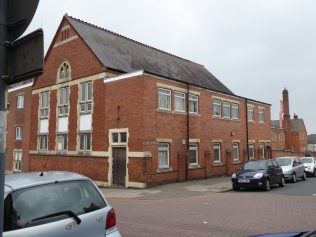 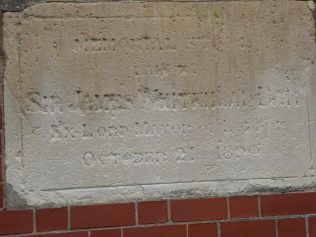 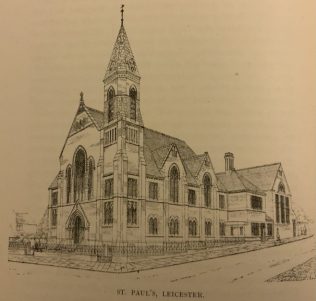 St Pauls, Melbourne Road/Dale Street Methodist New Connexion chapel and school were built in 1890-1 and opened in September 1891. It was built to replace the London Road chapel and the total cost was £6100 which was met from the proceeds of sale. The site was 1061 square yards and the buildings consisted of a chapel facing Melbourne Street and schoolrooms behind accessed from Dale Street. The chapel was brick built with Bath stone dressings in the gothic style. It seated about 500. The spire at the3 southwest corner was 90 feet high. The main entrance was approached by a flight of stone steps above which is a traceried window with a smaller one on either side. The five bays on the Dale Street side had windows at both ground and gallery levels. The chapel measured 57 feet six inches by 41 feet. The press spoke of “The effective manner in which the furnishing has been carried out” with the uniformly light colouring of the varnished pitch pine woodwork and an artistically decorated organ front. The chapel was entered through a spacious vestibule. The ground floor had two aisles and the gallery had two rows at the sides and eight at the back. The choir and organ gallery were behind the pulpit and there were vestries for the minister and the choir. The gallery front was panelled, pierced, and moulded and the walls of both gallery and ground floor had a boarded pitch pine dado about 3 feet 6 inches high. The rostrum was of polished pitch pine. The ground floor seated 352, the gallery 226 and the choir 25. The main schoolroom was 48 feet by 28 feet and there was another for senior buys. Classrooms were arranged along the eastern side. The windows were filled with leaded lights of varying tints. The heating was by pressure steam apparatus. The stone set into the side of the building is badly weathered. It recorded that it had been laid by Sir James Whitehead, bart, former Lord Mayor of London on October 21 1890”.

By 1901 the estate consisted of a chapel, a schoolroom, and two houses. The land buildings and enlargements had cost £6822 and the organ a further £350. There was seating for 620 in the chapel and for 250 in the schoolroom. The premises were described in detail in 1940. The floor of the chapel measured 66 feet by 42 feet and seated 400. The gallery consisted of choir stalls and organ chamber (11 feet by 20½ feet), two side galleries (41 feet by 9½ feet) and a back gallery (25 feet by 23 feet) which together seated 250. The school hall measured 49 feet by 38 feet and the scullery 12¼ feet by 9¼ feet and the usual outside conveniences. There were five vestries or classrooms and a small toilet off the vestry for use by the minister

The existing building is hardly changed from the description made when it was opened. The chief alteration has been to raise the height of single story structures such as the rooms ranged along each side of the schoolroom. The date of closure has yet to be established. There are no obvious hints as to its present use but I was informed that it is a madrassa