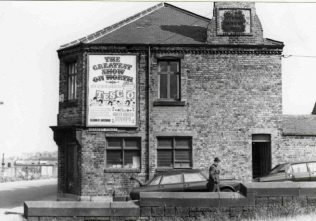 The Trustees at Bethesda chapel in Gateshead were keen to extend their work into the Sunderland Road area when it was seen how successful the Primitive Methodists were in that area. In 1877, they constructed a Mission Room on the corner of Herbert Street and Sunderland Road, letting out the lower premises as a shop to generate income and using the upstairs as the Mission. A large sandstone stone was placed in the chimney bearing the words “Methodist New Connexion Mission Room 1877”.

Initially the Mission prospered but it soon became evident that the Prim’s were leading the field and the Mission closed in 1882 when membership dropped to three. For a short while it was known as Bethesda Mission.

The building survived until the late 1970s when it was demolished as part of the regeneration of the Sunderland Road area.