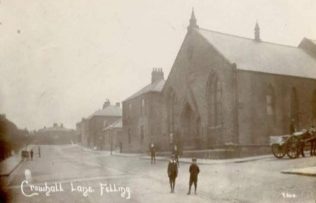 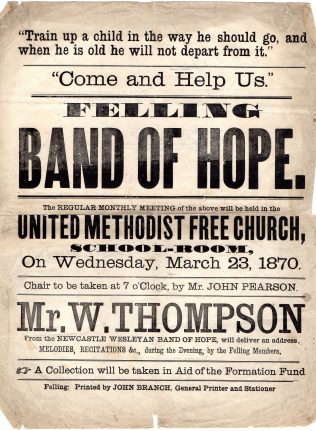 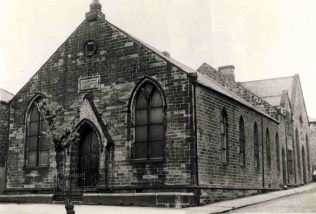 The first services of this Society were held in a small building on Neville Street around 1856 and a Sunday School was commenced in 1857. The little building soon became too small for the growing numbers and land was purchased at Crow Hall Lane on 26 March 1862. Foundation stones were lain on 22 April of that year and the chapel finally opened the following year. There are very few records surviving relating to this chapel however, Circuit Schedules show that the Trustees purchased 5 adjoining houses in 1885 as an investment. By 1949, the income was more than covering the Assessment.

In 1912, the Crow Hall Lane chapel united with the former New Connexion chapel on Wellington Street swelling the membership to 96 a number which was maintained throughout and following hostilities.

Following Methodist Union, there were alterations carried out on the building primarily to allow for the installation of a blower for the organ which had been hand-pumped since its installation at Neville Street in 1868 and its subsequent move to Crow Hall Lane. The instrument was of considerable size and, in addition to regular services, was used to accompany the town’s Annual Choir Festival.

In 1951, it was discovered that the roof timbers were unsafe and the building was immediately closed. The Society amalgamated with the former Wesleyan chapel at Holly Hill, Felling. The houses and adjoining hall were sold off (the hall became an ice-cream factory) and the chapel subsequently demolished. A dementia care unit and doctor’s surgery now occupy the site.