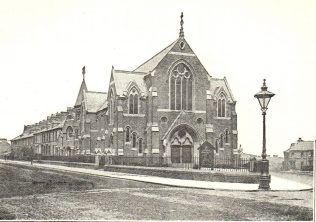 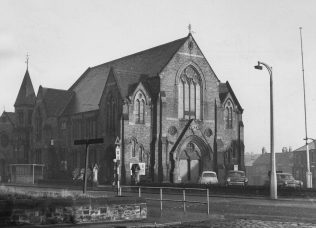 Aside from the registers held at the County Record Office and photographs in the Newcastle District Archive collections, there are no surviving records for this Society. Information is taken from Circuit records and local history.

The early meetings of this Society were held in a room above a pawnbroker’s at the bottom of Gateshead High Street from about 1860. A move to a building known locally as “The Barracks” – but actually a former Primitive Methodist Chapel on Mulgrave Terrace – took place in late 1860. In 1861, four rooms were rented at Park Lane whilst negotiations took place regarding purchasing the former Wesleyan Chapel on Gateshead High Street, at a cost of £2,000. The move to High Street proved unsuitable for the growing Society and the building was sold in 1880.

Foundation stones for a new purpose-built chapel and schools at Belle Vue Terrace were laid on 10 April 1882 by Lord Northbourne and the Mayor of Gateshead and the 800 seat chapel was opened the following year. The cost of the entire construction and fitting out amounted to nearly £7,000.

With declining numbers and financial problems, the church closed in 1946 and the premises were sold to the YMCA who used it until 1964 when it was demolished to make way for the Gateshead Highway, opened in August 1971.