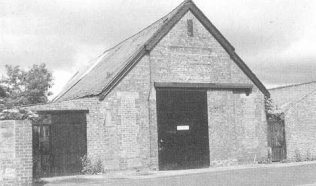 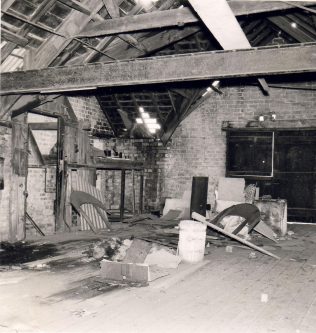 zoom
Interior of the former Wrekenton MNC chapel prior to demolition

There is much confusion between this Society and that at Weaver’s Row, Eighton Banks as they were both on the same stretch of road, open at around the same time and very close to one another. The Parish Boundary line ran through the middle of the chapel building, adding to the confusion.

The Methodist New Connexion Northern Association minutes of 1844, record that there were 15 members meeting in a cottage. By 1883, the property – particularly the roof – was in urgent need of extensive repairs and the Circuit Quarterly Meeting urged all Societies to rally round and support the cause. Missing minute books mean that it is not until 1894 that we learn that a new chapel was built on the site. This was later rebuilt in 1899 owing to subsidence of the land. The chapel could seat 180 people and, whilst there was no school attached to the chapel, there were around 30 scholars on the books.

The original building had cost almost £500 and the subsequent re-building £411 – the chapel opened free of debt “the whole of the amount having been raised”. The sale of the chapel at Teams, Gateshead, along with £50 from the Circuit and £75 raised in the village contributed to this.

The sale agreement states why the chapel closed:
“Several years after that [following the 1899 rebuilding] it had to be closed on account of there being a dearth of workers and a depleted membership, and remained closed for a year. It was again opened and a sincere attempt was made to work up a strong cause, but a year ago [1918] it had to be closed again partly because of the bursting of the boiler which heated the premises and on account of war conditions not being able to get a man, at the time, who could repair it. And partly because the few members who were identified with the church lost heart and found other churches, feeling that they could no longer hope to sustain such a weak cause…”. The statement goes on to say that the Society had always been a cause of anxiety and weakness to the Circuit and that members were quite prepared to undertake the 12 minute walk to the chapel at Eighton Banks, and had joined that Society.

In 1917, the Society had purchased a new harmonium for £15 and sold their piano for £17. On closure, the harmonium was sold for £1 and, interestingly, survives though is currently not in playable condition.

Following closure and subsequent sale, the building became a cinema opening on 22 January 1920 and closing in 1931. Thereafter it became a joiner’s workshop and later was incorporated into a funeral director’s premises.

The building was demolished in the early 21st century however, the foundation stones were incorporated into the replacement funeral establishment built on the site.