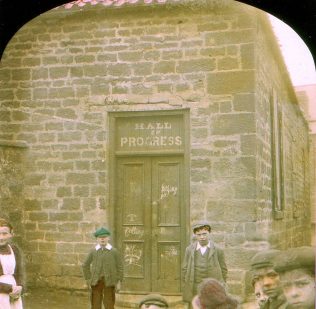 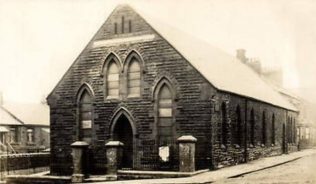 Around 1830, the MNC began meeting in the former Wesleyan Chapel on Charlton’s Row known as the Hall of Progress. The Society was never particularly strong in the town – there were 6 other Methodist Chapels also in existence at the time and all quite close by. Nevertheless, the Trustees decided to build a new chapel and land was purchased at Wellington Street in 1874.

The chapel was opened on 17 September 1876 and membership gradually rose. The building was declared free of debt in 1898 and the Sunday School was growing. Sadly, by January 1913, the growth had stopped and financial difficulties led to the Society amalgamating with the Crow Hall Lane UMFC chapel. The building was sold at considerable loss to the Church of England who used it as a Mission known as St Peter’s before demolition in the 1940s.

There are no surviving records of the chapel, information here is gleaned from Circuit records & local history.