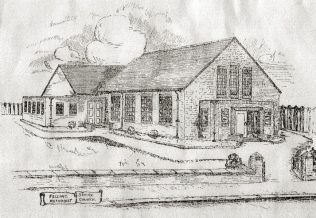 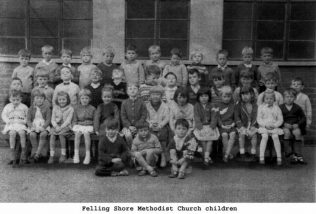 The Wesleyans were the first to build an actual chapel at Felling Shore, in around 1805 and this prospered until the eviction of Rev Joseph Forsyth from the Wesleyan Conference in 1831.

In 1818, the Independents began meeting in a cottage at Stoneygate and in 1820 opened a chapel that had been a former schoolroom. They purchased the land it stood on in October 1824. The Trustees of this chapel were an assortment of Baptists, Presbyterians and Independents from both Gateshead and Newcastle resulting in the chapel being known locally as the “Union Chapel”. The chapel was very successful until 1834 when there was a split and the Independents and Presbyterians left and built their own chapel, Zion, on Providence Place. The members left and soon the property became empty.

This was seen as providential by a group of friends that included John Allen, owner of a local soda works. Together they purchased the chapel for £150 and in December 1835 opened it as a Methodist New Connexion chapel. The Wesleyans, struggling since 1831, joined them and the building was altered to accommodate the growing numbers. Whilst the work was being undertaken, the congregation met in John Allen’s soda-house on the quay. For many years afterwards, the chapel was known as “Allen’s chapel”.  In later years, Edward Smith wrote a beautifully illustrated volume on the history of the chapel (which survives in the County Record Office). In it, he gives the following description:
“The pulpit stood at the south end and with a fairly large singers pew close to it and a flat extending to the steps of Brewery Lane was the place for the free seats. The gallery rose from the steps to the north end of the building and was pewed in the regular way and let to seat holders. The choir was very efficient and was conducted by Mr Joseph Wood who kept shop”.

Rev Joseph Barker, appointed in 1839, was a very popular preacher at Felling Shore where the congregation increased rapidly under his guidance. Such was the increase that within a few short months, the Trustees demolished the east wall and extended the chapel to the furthest extent of the chapel’s land. Following Barker’s removal in 1841, the numbers at the chapel diminished and soon afterwards, John Allen moved to Wallsend taking with him many of the men employed at his works and their families. By 1852, the few remaining members were facing a debt of more than £500 and it took until 1883 before this was paid off. Matters were not helped at this time by the village being hit by the Cholera epidemic of 1853/54 when many members died including Mrs Knott who passed away in the singers’ pew.

Sadly, at this point, there is a gap in the records of the chapel but we do learn that over the course of the 1890s funds were raised to build a new chapel which, it would appear, opened around 1894. This building continued to be used until, with the death of Edward Smith and a legacy he left, thoughts of a new building were considered.

John Edward Smith had been a member at Felling Shore for most of this life when he died in 1926. He made his fortune as a paper maker and left a legacy of £1,700 to the Shore chapel. This provided the basis for the new building as well as paying for the services of a Deaconess for 1930 and 1931.

Felling Urban District Council (UDC) began its slum clearance programme in 1931 – only being interrupted by WWII – and the area occupied by the chapel was within the village area to be cleared. Just months before Methodist Union, the plans for the new Felling Shore Methodist Church, costing £2,300 were approved.