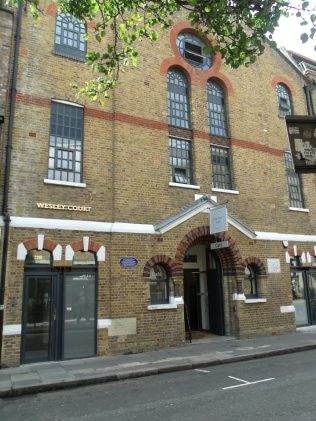 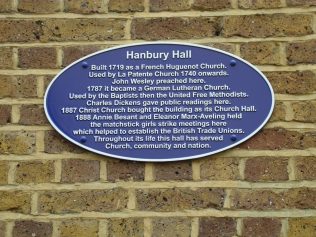 zoom
Blue plaque on the wall of Hanbury Hall, Spitalfields 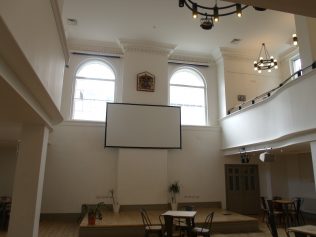 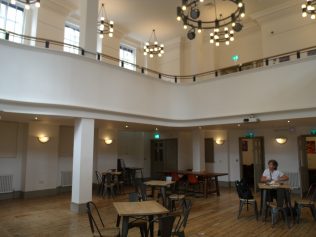 A blue plaque on Hanbury Hall in Hanbury Street in Spitalfields, Tower Hamlets, London states that John Wesley preached in the building.

Built in 1719, Hanbury Hall was a French Huguenot church. From 1740 until 1787 it was used by La Patente church after which it became a German Lutheran Church. After a spell as a Baptist church it was then purchased by a United Free Methodist congregation in 1858 and used by them until in 1887 it was purchased by Christ Church, Spitalfields and used as their Church Hall.

Having been restored in 2015, Hanbury Hall is now a multi-purpose venue.