You are here: HomenextPeoplenextMinistersnextPollard, Samuel 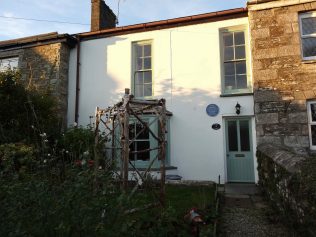 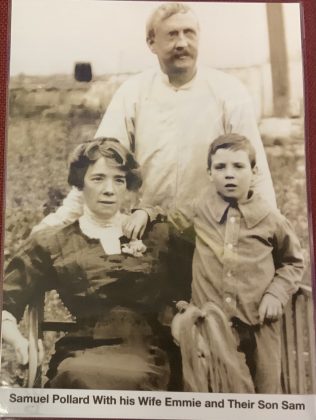 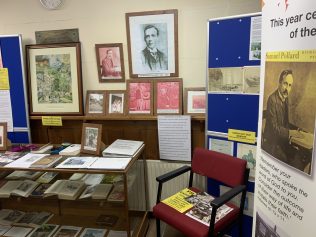 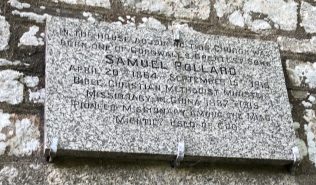 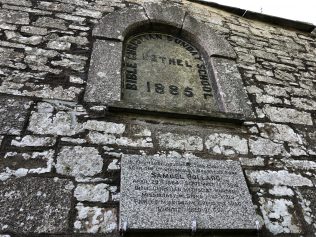 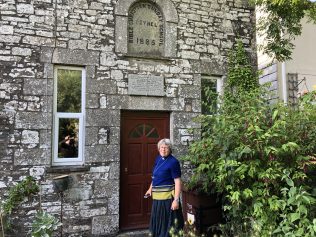 Samuel Pollard was an amazing and talented man who was born in Camelford in North Cornwall on April 20th 1864. His father (also called Samuel Pollard) was a true Cornishman, born in Padstow where he worked as a rope maker. For a while he was also a mechanic at Chatham dockyard before becoming a minister in the Bible Christian Church. As a Biblechristian Samuel Pollard senior was particularly focused on bringing Christian teaching to poor and disadvantaged people through preaching and pastoral work. His son followed in his footsteps and made a lasting impact in Southwest China through his preaching and by the example he set helping others.

It was while the family were living in Camelford that Sam was born in the Bible Christian Manse in Victoria Road. The building is still there on the left as you travel out of Camelford toward Bude. He was the third of 6 children and the whole household was very devout with few comforts or luxuries. His father moved from one ministry to another every few years and Sam was 3 years old when the family moved to the Isle of Wight where his mother who was also a Bible Christian Preacher was brought up. They then moved back to Cornwall in Penryn and when Sam was 10 the family moved again, this time to Chipstead in Kent. It was here that 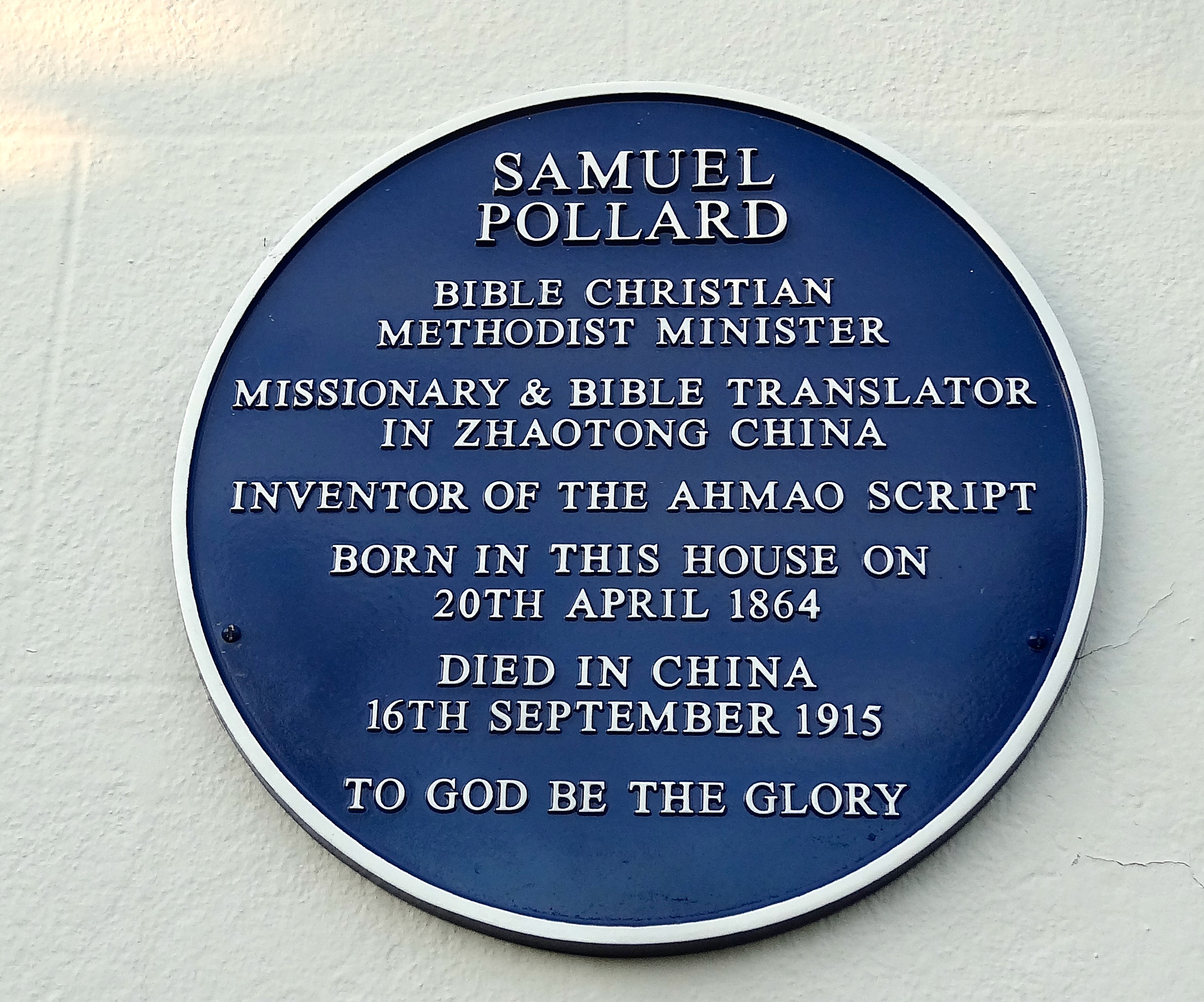 Sam aged only 11 years repeatedly corrected his teacherʼs mispronunciations. This was an early sign of Samʼs special linguistic skills, but it resulted in a change of schools! He gained first class honours in the school leaving exams and at the age of 17 years he went off to London to work in the Post Office Savings Bank. When Sam Pollard was 22 years old he wrote to his father saying he believed that God had called him to become a missionary in China and in 1886 Sam formally dedicated himself at the Southsea Conference to missionary work. In the following year he set off for China with a friend from school, Frank Dymond, who was to to work closely with Sam for many years as a missionary. They set off for China in January 1887 from Tilbury Docks in the S.S. Chusan, a square rigged steam sailing ship. Arriving at Columbo they transferred to the S.S. Peshawur which reached China on March 14th 1887 and they then transferred again, this time to a tug to travel up the Yangtsze River to Shanghai where the main China Missionary Centre was based. Here the two men put on Chinese dress including a pigtail and started to learn the language and study at the China Inland Mission training school at Ganking.

The trek across China

After only 6 months training Sam and his friend Frank set off for Yunnan Province in Southwest China further up the Yangsze. As the river became narrower, rapids began to be a problem and the boat had to be hauled up with long bamboo ropes. Unfortunately, as they passed through one of the largest rapids the boat hit a rock and capsized with the loss of most of their baggage but luckily with no loss of life. Eventually, after  travelling some 1500 miles up the Yangsze the two men set off cross country with only one pony between them, taking it in turns to ride or walk and escorted by ‘coolies’. As they went deeper into the countryside they were amazed at the poverty and squaller. Finally they reached their destination of the Mission House at Zhaotong and discovered that it was so small that the horse had to be stabled in the kitchen. Sam was shocked by the poor conditions of the Mission but also the poverty, dirtiness and general decay of this part of China. He thought that this had a lot to do with the opium trade and along the route they travelled some 40,000 lb. Of opium passed each year.

Fortunately Sam kept a detailed diary extracts of which have been published in the book ‘Eyes of the Earth’. He vividly describes China at the turn of the 19th Century with beautiful countryside but a population mostly living in poverty with tyranny, murder, infanticide, theft and suicide all part of everyday life. It was among the A-Hmoa ethnic group that Sam spent the last 10 years of his life. A-Hmoa translates as ‘Big Flowery Miao’ who number about 400,000, of which about 80% were said to have been converted to Christianity as a result of Sam’s missionary work. They were particularly poor and over many years had been dominated by feudal landlords mostly from the Nosu tribe many of whom were ruthless and exceptionally cruel. Sam Pollard worked from a missionary base in Zhaotong but travelled extensively around the province of Yunnan sometimes alone but usually with other missionaries or with Christian converts. From 1897 to 1904 Sam’s missionary efforts was focused on anyone who would listen. He and his colleagues held services which were often in the open air in a town centre or village market place. To gain attention he started off either banging a gong or attempting to play a concertina. Then, in order to have more effect, he blew a trumpet but he always maintained that he had little or no musical ability.  As his reputation spread there was less need for this noisy introduction and simply standing up in a crowded place or advertising a meeting by word of mouth was enough. Sometimes many hundreds of people would attend and occasionally up to 3000! Sam had many dangerous and sometimes life-threatening experiences that he details in his diary and there are too many to tell here. The most dangerous was in 1907 when Sam was attacked by a group of Chinese who like many others at that time were suspicious of missionaries and foreigners. They came to the village house where he was sleeping and beat him with clubs and iron bars to an inch of his life. No bones were broken but he was so badly bruised that he had to spend a month recovering in hospital.

In 1891 Sam married Emmie Hainge, a missionary nurse who he had met several years before at the Mission Training Centre at Ganking. They had three sons and the youngest, Ernest, eventually became a famous scientist who graduated from Cambridge University in 1928 with a degree in physics. Later he moved to America where he worked as a professor of biophysics and played an important part in the development of Radar. For this work he received the rare and great honour of a Citation of Merit from President Truman. Remembering his time in China, Ernest said how much he disliked the extreme poverty and the superstitious nature of the Chinese where he lived – who gave more space for the graves of the dead than they provided space for the living. Sam Pollard became renowned for his missionary work with the Big Flowery Miao people who live in a mountainous area in the province of Guizhou next to Yunnan This started in 1904 when one day a small group of these poor and downtrodden people came to see Sam and ask him if he could come and help them and teach them about Jesus. Over the next few days more and more A-Hmoa people came and refused to return to their villages until Sam had agreed to come to them and help. Eventually Sam agreed and founded a Missionary Centre with a church, a school and a small hospital in a mountain village called Shimenkan or Stonegateway which has since developed into a town and is a place of pilgrimage. The work of Sam Pollard amongst the poor, down trodden and illiterate Big Flowery Miao was formally recognised by Hu Jintao who after 10 years in office stepped down as Chairman of the Peoples Republic of China in 2013. In 1985, Hu Jintao was chief secretary for Guizhou Province and he told his officials about the good work of Samuel Pollard in educating the poverty stricken Miao people and also developing a script so that they could become literate in their own language. He wanted his officials to follow Sam’s example and look after disadvantaged people. He also ordered that Sam’s grave which was smashed up during Mao’s Cultural Revolution should be reinstated. ‘Pollard Script’ was developed by Sam and several of his colleagues to help the A-Hmao to read in their own language. This proved a difficult task because many of the words use different tones rather than phonetics. He took inspiration from a script that had been developed by a Methodist Missionary working with North American Indians and also adapted Pitmans shorthand to indicate the level of the voice tones. Sam managed to translate much of the New Testament into this script before he died and there have been some improvements since, but it is still known as ‘Pollard Script’ and is also used by several other ethnic groups such as those that speak Tibeto-Burman languages. During the 27 years that Sam was a missionary in mountainous South West China he travelled many thousands of miles mostly on foot and arranged for the building of more than a hundred churches, hospitals and schools in isolated villages and towns. He practiced basic medicine and became expert at tooth extraction after returning to England  for a visit and being taught how to do this. He founded the first co-educational school in China and although all Christian schools were shut down during the Cultural Revolution a Chinese educator Wezong Wang recently decided to follow Sam’s example. So he built the Samuel Pollard Institute Miao area that Sam used to work in. (you can find an interesting video about the Institute on YouTube ‎www.youtube.com/watch?v=_6QJmNsfzx8).  Another tribute to Sam is the naming of a massive 100,000 square foot building at the Hopkins-Nanjing Combined University Centre ‘The Samuel Pollard Building’. It was dedicated to the memory of Sam Pollard in 2007. So what sort of man was Samuel Pollard? He was a deeply committed Christian and a very determined man who was passionate about helping the needy, the poor and the disadvantaged. He was fearless when it came to facing down dangerous or powerful men. People often came to him in trouble. In fact they were more likely to seek Sam’s help rather than go to the local Mandarin or Feudal Lord. People came with illnesses, fears instilled by wizards, domestic arguments, suicide attempts and opium poisoning to name a few of the everyday problems Sam coped with.

Whenever Sam was threatened with being beaten, imprisoned or even murdered he would go straight to where the threats came from and try and talk things through – often for hours until the threats were defused or withdrawn. Sam was a talented linguist and was able to converse in A-Hmao and mandarin. Above all Sam had a sense of fun and of the ridiculous and an ability to sacrifice his own needs for the sake of others. Eventually Sam’s self sacrificing nature led to his death in 1915 when he caught typhoid while nursing a dying child with the same illness. The A-Hmao, big flowery Miaos still venerate Samuel Pollard as their spiritual leader. Their deep respect has survived Communism and the extremes of the Cultural Revolution right through to today. And it all stated with Sam’s birth in the Bible Christian Manse in Victoria Road 150 years ago in Camelford in Cornwall!