You are here: HomenextPlacesnextLincolnshirenextKilham, Alexander and Epworth 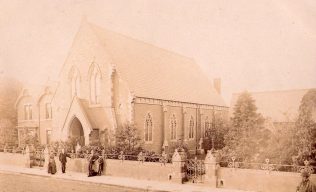 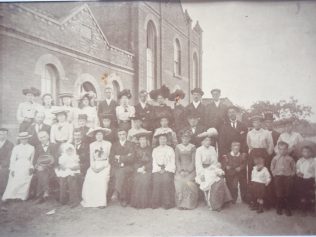 Alexander Kilham the founder of the METHODIST NEW CONNEXION was born in Epworth in 1762, and the family business was sackcloth weaving. They owned three of the seven Epworth factories. Alexander was called out as travelling preacher from his work as a salesman, and after Wesley’s death pressed for lay representation, and for travelling preachers to administer communion. The result was the reform denomination known as the METHODIST NEW CONNEXION (MNC) as opposed to the old connexion.

Because over half of the Epworth Methodist stewards were Kilhams or sympathetic to the family  they considered they had control of the Methodist meeting house in Chapel Street Epworth. By 1802 they realised that they did not and had to build their first chapel proper, the 1803 PROVIDENCE NEW CONNEXION Chapel, (now an Indian Restaurant), but marked with an heritage plaque. It is recognised that the Kilhamites or MNC, held the first Sunday School in the area, prior to the opening of the Providence chapel, in Alexander’s brothers shop. Thomas Kilham was the watchmaker, and grandfather clocks and pocket watches are in existence with the ‘Kilham: Epworth’ mark.

The MNC conference of 1856 resolved to raise a monumental chapel in Kilham’s native town, the foundation stone being laid on 16 November 1859. It was opened on 25 July 1860, together with an adjoining school. The influential potter, and MNC lay leader John Ridgeway of Hanley, Stoke on Trent, presided at the opening.

The New Connexion was not widespread in Lincolnshire, but largely confined to the home circuit of the Kilham’s. Surrounding villages to Epworth, such as Belton, Haxey, and Westwoodside had their MNC chapels as well as Primitive and Wesleyan.

The Kilham chapel was closed for worship in 1944, but remained on plan till 1953. It is currently used as a Youth Centre, and is located immediately opposite the Wesley Memorial Methodist Church, at the bottom of the High Street, Epworth.