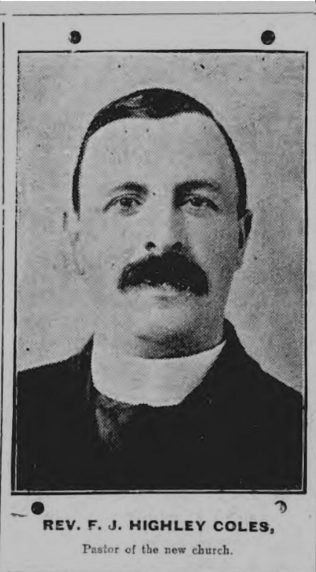 Highley was born on 1 June 1872 at Warbstow, Cornwall, to parents James Coles, a Bible Christian minister, and Margaret Highley.

He entered the Bible Christian ministry in 1894.

He married Mary Williams Burnett (1872-1954) in the summer of 1902 in the St Austell Registration District.