You are here: HomenextChapels and churchesnextDevonnextLake Ebenezer Bible Christian chapel 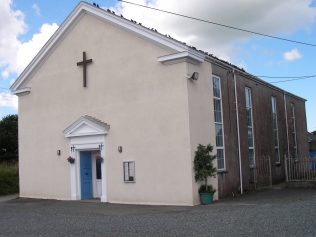 The original Bible Christian chapel was built at Shebbear in 1817. It still stands as part of an enlarged Lake Methodist church. Also on the site is the original school room. The graveyard contains the graves of many of those prominent within the Bible Christian movement including James, Catherine, Samuel and Mary Thorne.  Mary was the daughter of William O’Bryan, founder of the Bible Christian Movement at Lake Samuel Thorne was her husband and a printer and James Thorne was a preacher as was Catherine.

You can see a list of ministers at Lake here.