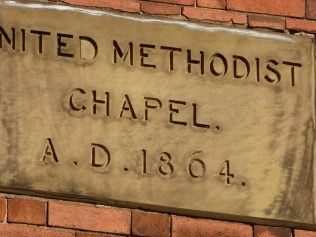 Both before and after the death of John Wesley in 1791, there were a number of divisions amongst those who followed his lead.  The differences were less about theology and belief and much more about who did what and who made the decisions.  There’s a very helpful Methodist family tree to unscramble the elements.

Many people have ancestors who were United Methodists or from their various component parts. In 1907 there were 165,000 members, over 7,000 preachers and ministers and  2,673 chapels. As well as the UK membership, there were missions to China, East and West Africa, and Jamaica and Bocas. Throughout the nineteenth century,  as members emigrated to find work, they took their evangelical Christian faith with them. As a result, you may find you have ancestors abroad including in Canada, Australia, and the United States.

In 1932, the United Methodists joined with the Primitive Methodists – who were much larger – and the Wesleyan Methodists, who were largest of all, to form the Methodist Church of Great Britain we know today. It is quite likely you will have Methodists of one sort or another in your family tree.