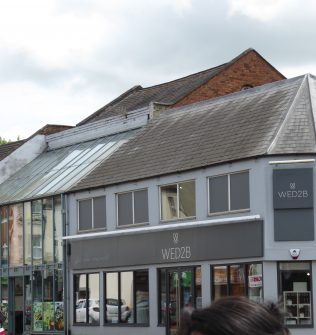 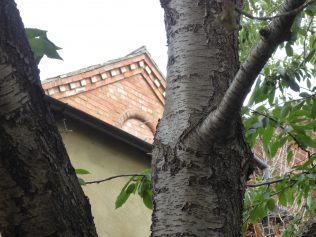 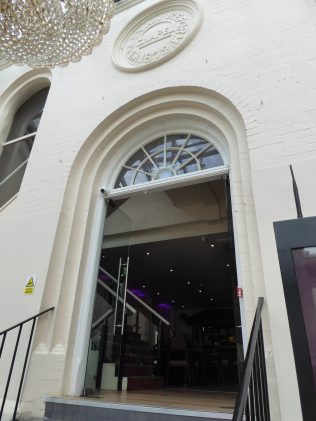 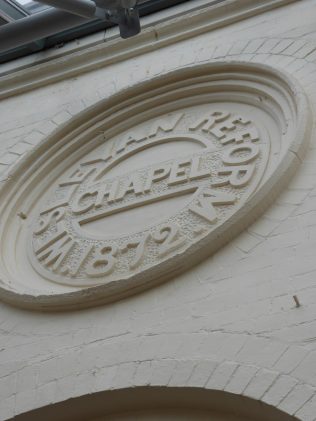 Wellingborough Road Wesleyan Reform Chapel was erected in 1852 and rebuilt in 1873 at a cost of £800. It was a brick structure with stone facings and it seated 350. The chapel was opened in March 1873. The seating was on open pews of modern construction and there was a gallery at the back, The chapel was lighted by two long arched windows either side of the pulpit and a central circular light (photograph 2). The windows at the front were square. Artificial light was provided by a star gas pendant and brackets. The schoolroom below the chapel could accommodate 2-300 children. It was also intended to use it as a Temperance Hall for the neighbourhood.

It was noted in a directory of 1885 but by 1895 the building was occupied by the Salvation Army. It was situated between Vernon Street and West Street. In recent years the building has been converted into a bar and restaurant. A glazed extension has been erected over the front of the building but the main façade survives, albeit painted white, and is clearly visible. Its configuration suggests that the chapel had a semi-basement, probably a schoolroom, with chapel above reached by a flight of steps. The most interesting feature is the roundel bearing the name and date of construction (photographs 3 & 4). The presence of surrounding buildings means that only small parts of the building can now be seen (photographs 1 & 2)