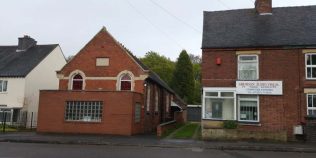 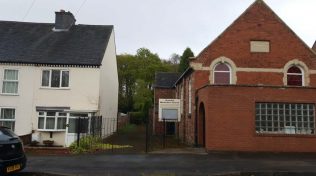 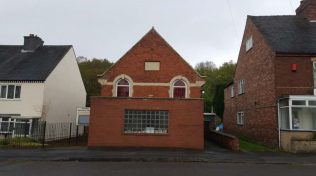 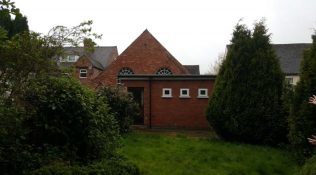 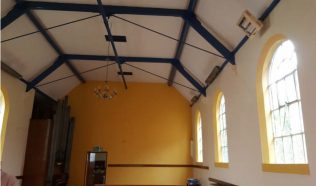 Grendon Methodist Chapel was built in 1885 by a congregation forming part of the United Methodist Free Church.  The parishioners were likely to have been employed in agriculture or mining.  At the time of its construction, this part of Boot Hill was relatively undeveloped with only a handful of terraced housing located in the vicinity of the site.   It was, however, located close to, and therefore prominent from, Watling Street (the A5).  The building nestled between two rows of terraced housing of a similar Victorian era.  Typical of Methodist Chapels across the country, the building was simple in its architectural detailing, with understated references to the ecclesiastical nature of its use, largely evident through the fenestration.  The building was constructed of brick under a slate roof.  The building was extended by the construction in 1983 of a large, full width porch along the frontage of the building.

Although the congregation remain committed to the faith, over the years the size of the congregation diminished.  Additionally many active members began to age and the maintenance of the building became a significant issue. The decision was taken by the Tamworth & Lichfield Methodist Circuit to reluctantly close the church, with the last service held in October 2016.  The congregation continues to meet (2020) in a local community centre.  The photographs forming part of this listing were taken in 2017 prior to the conversion of the building to a single dwelling house.

The chapel was located at Boot Hill, Grendon, CV9 2EL