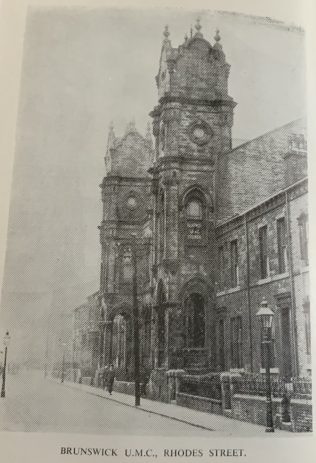 The corner stone was laid on 7th March 1866. The Chapel opened on 31st May 1867 and could accommodate 800 worshippers. This fine building had a spire.

The church had a noted organ. Arthur Collingwood was organist here.

Closed in 1965. It was demolished two years later.

Subsequent Ministers at the Chapel have included Rev Charles Wildblood [around 1902].
The society at Rhodes Street joined the society at Trinity, which then became of Highgate Methodist