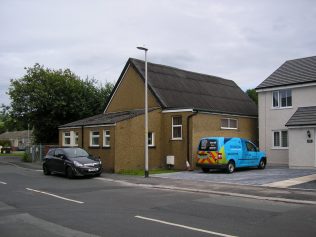 Only the OS map identifies this as a United Methodist building. It ceased to be used as a place of worship shortly after Methodist union in1932. It was then converted into a “church centre” and used for the Sunday school and week day activities. It was closed in the mid 1990s when Beach Street (ex Primitive Methodist qv) became the Church Centre. The building is now known as Rankin Hall. It is well cared for but its function is unknown.

Carlisle Library, 1A287, The Anglican and Methodist Church in Ireleth and Askham, 1996